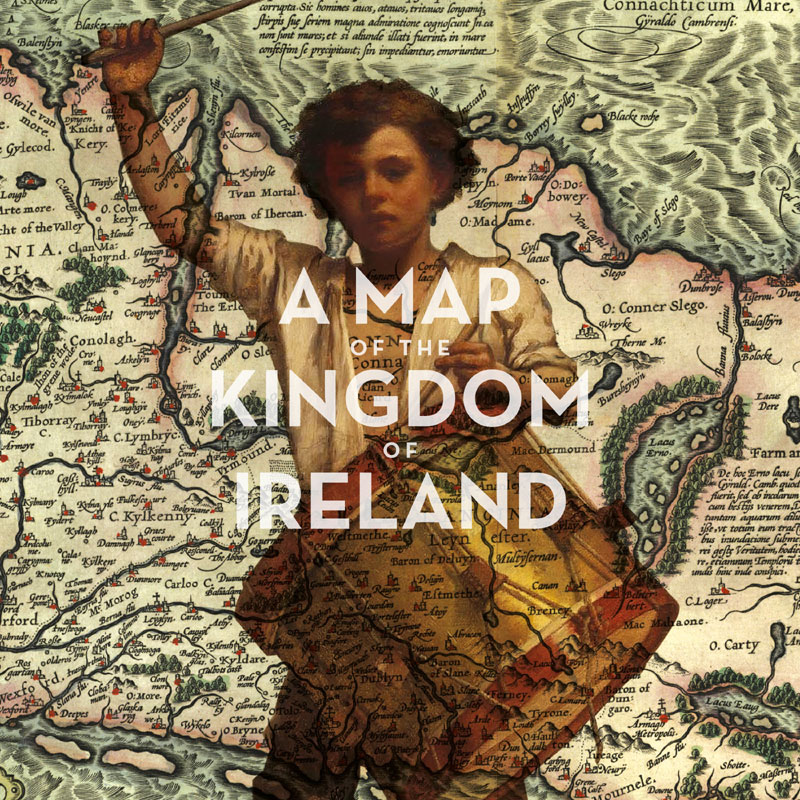 [Music] Various Artists- Heresy Records: A Map Of The Kingdom Of Ireland

Though not as long in the tooth as INA-GRM nor as exotic as the scenes in places like Egypt or Iran, it seems that Ireland has developed a venerable electroacoustic music scene which has spanned over five decades.  This compilation, A Map of the Kingdom of Ireland, a compilation of Irish Electro-Acoustic music featuring works by Ireland’s most celebrated Electro-Acoustic artists, was released on March 2, 2018 by Dublin, Ireland-based Heresy Records, is quite a gem of not only electroacoustic music, but of pure, non-theoretical music of many stripes, including contemporary classical and even new wave/post-punk.

The comp starts off gently with a cut by Paul Morrin.  It is a bit like a boat taken off its moorings, and drifts along until about the two-minute mark, when the tempo changes to something a bit more lively and focused – one could even say it has a post-rock feel to it, reminding me a bit of the band éf.

Tóirse Ó Ríordáin comes up next with something that feels slightly like an early Penguin Café Orchestra piece if it were composed somewhere near the border of Brazil and Colombia.

It is Daniel Figgis’ piece, Timothy Cream’s Crown of Wines, which really gets into a more freeform composition, referencing avant-garde music and perhaps Krautrock. There is a lilting, marching quality to the composition which allows one to drift off into the ether while.

Even freakier are the two pieces turned in by Dublin mainstay Roger Doyle.  This is a bit away from the avant-garde – this feels more like a cleaner, more updated sound referencing Tangerine Dream.  As my old Kraut friends would say, “sehr Kosmisch…”

The fun surprise of the compilation for me were the two tracks included by Princess Tinymeat (a reference to actor Montgomery Clift’s… er… shortcomings in the boudoir, I’d imagine).  His (her?) back catalog is screaming for a re-release, as I haven’t come across this name since I was collecting cassettes in the late 1980s.

Finally, Spooky Ghost gets a mention for some of the most pleasant guitar work I’ve heard since Vini Reilly was in peak form with the Durutti Column in the early 80s.

There isn’t a duff track on the compilation.  If you find this collection enjoyable, you may want to also consider purchasing On The Nature Of Electricity & Acoustics, another remarkable compilation curated, this time, by Figgis.

* The digital version of the album includes the following four tracks

Published by Rudy A. Carrera

I blog and comment on music, art, literature, film, politics, religion, and other subjects. View all posts by Rudy A. Carrera

Revitalizing the Christian imagination through painting, poetry, music, and more

Your School, Your Story

The Titular Archbishop of Selsey

Bridging the Connections Between Our Communities

On being a jobbing writer...

Dynamite Scans from Decades Past