It is very good to hear from our friend here at the blog, Robert Scott Thompson. This track, a free single, reminded be of a very subdued Harold Budd. Not fully ambient, but tranquil.

Cult Classic: Super Elcados–Togetherness Is Always A Good Venture-Tambourine Party Volume 2. During the early sixties, a musical revolution took place in Ghana, when musicians started combining elements of West African musical genres including highlife and fuji music which they fused with American funk and jazz. Playing an important part important part in this new […]

The ever-wonderful Derek’s Music Blog introduces Super Elcados, a wild band out of Ghana. You can hear the tracks from the album here at their Bandcamp site, courtesy of British label Mr. Bongo Records.

Muteant Sounds is a net label out of Florida who have reissued a minor treasure. This album pairs saxophonist Kenny Millions (born as Keshavan Maslak) and pianist Sergey Kuryokhin in what is a minor minimal masterpiece.

This is a two-track album, with the first track going into an eerie minor-key romp for twenty-five minutes, giving one the chills. The second track gets a touch more noisy, but maintains the aura of a film noir soundtrack.

Though Kuryokhin has been reposed for around 25 years now, his influence in the Russian improvisational scene still looms large, as does Millons‘.

Middlesex improv band Led Bib nearly defy categorization, except to say that they fit only inside the avant-progressive and improvisational genres, barely. This album covers a lot of ground in four tracks, mainly with a lot of skronk and racket that flows rather nicely. Cuneiform releases another masterpiece.

Today’s release is a psychedelic rock experience from the masterful Kikagaku Moyo. This is mellow, relaxed, mind-expanding to a point, and incredibly drone-laden improvisation. There is a thread of early-era Pink Floyd psych and perhaps a touch of free jazz. Spacey, cosmic, and pretty near perfect.

Lawrence English of Room40 Records has never, not once, disappointed me in showcasing a magnificent new release. This one is a collaboration between Ellen Fullman and her long string instrument collaborating with Theresa Wong, who adds a warm layer with her cello.

Harbors is a collaboration of composers Ellen Fullman (Long String Instrument) and Theresa Wong (cello), which draws inspiration from the soundscapes, stories and atmospheres that manifest around bodies of water that propagate exchange. Structured around the extended harmonics of the open strings of the cello, Wong and Fullman utilize subsets of these tonal areas to create distinct sonic environments within the piece.

Fullman’s Long String Instrument, a stunning installation of over forty strings spanning seventy feet in length, places the performers and audience inside the actual resonating body, transforming the architecture itself into the musical instrument. Wong has developed techniques that take the cello beyond tradition into a vocabulary more closely rooted in the sounds of the natural world. She captures material electronically, layering textures amplified throughout the space which form an immersive field where figure and ground are in constant flux.

As I am now settled in Brno, Czech Republic, these reviews will start making a comeback, and there are plans for new projects afoot. More on that later.

This is perhaps the most enlightening article I’ve ever read relating to reggae which doesn’t immediately start with Lee ‘Scratch’ Perry or Bob Marley, both of whom did wonders introducing both reggae and dub to the broader world. Chinese immigrants played a massive role in recording, promoting and playing reggae of an exceptional quality, and all respect is due to Jared Proudfoot of Bandcamp for his engaging history lesson, complete with music samples.

Read the article here. It’s worth your time.

What’s not to like about Khruangbin, who have released a series of absolutely classic psych-funk albums which reference old masters while developing a sound all their own. I came across this, their sophomore album, after watching some performances on Youtube, most notably their KEXP performance. A mellow, weird, sensual and hypnotic release.

Cult Classic: Ryo Fukui- Mellow Dream. Ryo Fukui, who was born in Biratori, Hokkaido, in Japan, on the ‘1st’ of June 1948, was a late starter when it came to the piano and unlike most of the musicians he encountered during a career that spanned five decades, had never learnt to play the instrument as a […]

I’m sure a lot of you, dear friends, saw the horrifying blast which occurred in Beirut, Lebanon a few days ago. Well over a hundred were killed in the blast, and countless more have been maimed. Our friends at Habibi Funk offer up this compilation of amazing Lebanese artists, with all proceeds going to the Lebanese Red Cross, who are in dire need of both funds and blood donations at this time.

We pray for the souls of those lost in the blast, and we also thank those good people contributing materially.

We at Habibi Funk have been shocked and saddened by the explosion in Beirut 3 days ago. It was important for us to express our solidarity so we reached out to the network of musicians we have adored in the last few years to put together a release. 100% of the profits will go the the Lebanese Red Cross. All tracks from this compilation come from artists from Beirut, some of them don’t live there anymore but the city was essential for their musical career. Although the process of compiling this release was super rushed in order to help in raising funds as quickly as possible, we truly love how it turned out to be musically.

Rogér Fakhr who contributed 2 tracks was a stable of Beiruts 1970s scene of musicians. He played in Fairouz’s band and while his music might not be remembered outside of an informed circle, we have rarely come across a musician whose outstanding talent has been cherished more by his fellow artists. Whenever his name becomes part of a conversation among the scene of old musicians in Beirut, you hear nothing but adoration for his musical abilities and song-writing.

Ferkat Al Ard is one of our favorite bands ever at Habibi Funk. It was founded by Issam Hajali (whose first solo album we re-released), Toufic Farroukh and Elie Saba. They recorded three albums in which they effortlessly combined jazz, folk, at times Brazilian music, poetry and a political attitude into a unique web of musical beauty. „هجاء“ is the title track from their third and final album.

Toufic Farroukh is not only a founding member of Ferkat Al Ard, but also renowned solo artist. He left Beirut for Paris where he carved his own lane bringing together the musical influences of his homeland with jazz, recording 8 solo albums since 1996. “Villes invisibles“ feels at the same time melancholic and hopeful.

Munir Khauli stems from the same clique of musicians as the aforementioned artists. He also played with renown artists such as Ziad Rahbani and Fairouz, simultaneously releasing solo material. His track “Heik ha Nishtghil?“, recorded in the mid 1980s, had a viral resurgence on social media after people realized that his description of the issues of Beirut have not changed much over the decades and many of his lines from 35 years ago still resonate as adequate today:

Garbage on the streets, airport closed down, car thefts thriving,

“Is this how we’re gonna work?”

Jobs are scarce, some folks clothed, some barefoot, the dollar rate is rising,

“Where is this leading?”

Violence and ferocity, senators and (parliamentary) seats, massacres and tragedies,

“Is this how we’re gonna work?”

Bombs and explosions, booze and drugs, poverty and downtroddenness,

Abboud Saadi is one of the key musicians both behind Samir & Abboud and Force. Both bands were active during the 1980s when similar groups of musicians, including Ziad Rahbani who played on the recordings of both bands, would gather in different bands dedicated to very different musical sounds. „Stand Up“ deals with Beirut during the civil war and the loneliness, the permeant state of conflict brought upon its citizens.

Even before the explosion 3 days ago the situation in Lebanon was dire: Since October 2019 Lebanon’s currency lost 80% of its value, with most people not even being able to access whatever is left of their life savings due to banks’ limits on monthly withdrawal. The costs of basic goods have inflated over 50% for the third month in a row. And while the inflation level would be dramatic for every country, it’s catastrophic for a country like Lebanon, whose economy and public services rely heavily on imports. If all of this was not bad enough, the lockdown associated with the Corona virus reinforced the downwards spiral even more. As a result 65% of the country’s population has slipped into poverty, and starvation is a major threat. A report by Save The Children summarized that “50% of Lebanese, 63% of Palestinians and 75% of Syrians were worried they would not have enough to eat.” 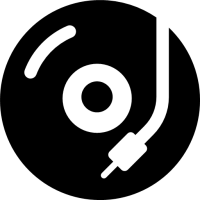 A Miscellany Of Tasteful Music
Blog at WordPress.com.