We lost another legend today.

Percussionist Stefan Weisser, known to his fans and colleagues as Z’ev, passed on today at the age of 66. He left a body of work so important in experimental music that I expect tributes to pour out for days (including this one from our pals in Lithuania, Radikaliai!).

This free download is a release Z’ev did in Iceland in 2004. It gives a nice taste of what he could do with percussion.

Here are this year’s (disappointing, as usual) Bandcamp toppers of 2017. No Santiago Fradejas. No A.M. Ferrari-Fradejas. Nor Jeff Gburek. Nor Marco Lucchi. Nor Noël Akchoté. Nor so many other deserving artists who don’t offer up a plate of decent, non-offensive pseudo-soul, hip-hop or tacky dance music. Ah, well.

For your perusal, click on the links below. You WILL find some gems in here.

Words fail to describe just how important Raffaele Pezzella’s contribution to dark ambient music is. He has singlehandedly curated compilations from artists as far away as Russia, Iceland, Iran and seemingly all points in-between while concentrating on his own venerable work. These two compilations house 229 tracks covering the best of the bleakest, blackest ambient available at the moment!

Audrey Fall are a post-rock, post-metal quartet out of Riga, Latvia. They produce a fine, powerful music and should be making a lot of worthwhile noise in the near future. 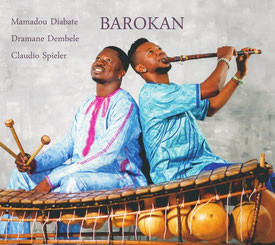 Time for a bit of unwinding for the Christmas season with a classic or two.  Here’s one from Bing Crosby, doing his rendition of an English folk tune from the 16th century.

Johnny “Rotten” Lydon singing as Ireland’s rep for Eurovision?  Don’t be so shocked.  This is the competition which gave us everything from ABBA to Moldovan saxophone man memes to Conchita Wurst.  Lydon will, if anything, be something of a conservative choice.

Read more on this story over at Eurovix.

Another platform for photobooks.